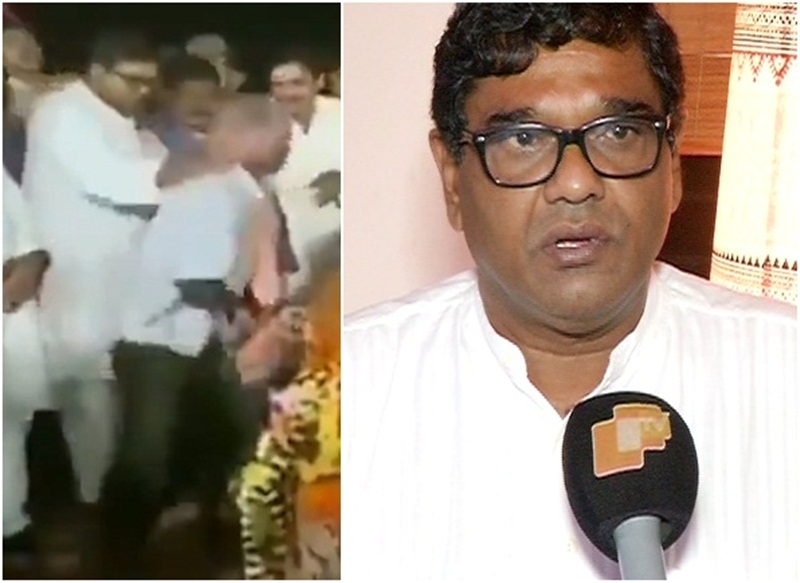 Recently a video went viral where a BJD MLA was seen manhandling, and shoving the family member of a martyred soldier during the last rites. In a video that has now gone viral on social media MLA Debashish Samantray was seen pushing the uncle of martyr Manoj Behera, to kneel down when Manoj’s last remains were kept for the final rites.

In the video, we can also see Samantray arguing with the uncle of the martyr who was standing beside Samantray as the rituals of the last rites are going on. In an attempt to make the man kneel beside the martyr’s coffin, Samantray can be seen pushing and shoving the man so hard that the old man fell down.