Watch TV on Mobile from Jan 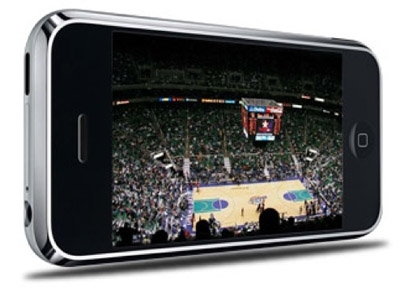 New Delhi :  Come January, people in Mumbai and Delhi will be able to watch a bouquet of 20 “free-to-air” TV channels on their mobiles.

The public broadcaster Doordarshan is tying up with private media houses to launch its first in two metros and then use the experience gained to go for it in all major cities in the country.

This was announced by Prasar Bharti Chief Executive officer Jawhar Sircar in a chat with reporters on sidelines of CII”s “Big Picture Summit.” You don”t have to pay for the service as it will be supported by advertisement revenue.

“We now don’t get to watch television during 10-12 hours of office time. Most of the things happen on either tablet or on mobile phone. There are so many people who travel daily and can watch channels on mobile phone as long as their battery supports,” Sircar said.

He said Doordarshan will use DVB-T2 (Digital Video Broadcast Terrestrial Lite technology to beam TV channels which can be accessed through a dongle to begin with and the moment the telecom companies see the opportunity, they may embed it inside the mobile phones.

He said the signals sent out from the TV towers will ensure the new service does not consume the costly mobile Internet charges for viewing TV. The technology is already popular in 44 countries and hence why not in India, Sircar added.