‘Video conference governance’ is on in TN: MK Stalin 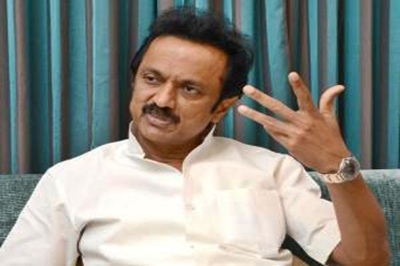 Dindigul (TN): Taking a veiled dig at Chief Minister Jayalalithaa, DMK Treasurer M K Stalin today said everything, including inauguration of projects, was done in Tamil Nadu through video conferencing and alleged the projects did not appear to have been implemented in reality. “Video Conference governance is being done in this state and the projects do not appear to have been implemented in reality. People know whether they got the projects or not,” he said, addressing people at various places in the district as part of his state-wide ‘Namakku Naame’ (self-reliance) campaign. Stalin, son of DMK President M Karunanidhi, was apparently referring to Jayalalithaa inaugurating various projects and schemes through video conferencing from the state secretariat. He alleged that the administration in the state was being run in an ‘autocratic’ manner and even ministers did not have autonomy to decide on projects and development works pertaining to their portfolios. Stalin has been meeting various sections of people and hearing their grievances during a campaign, aimed at connecting with the public ahead of assembly elections due in the state early next year.