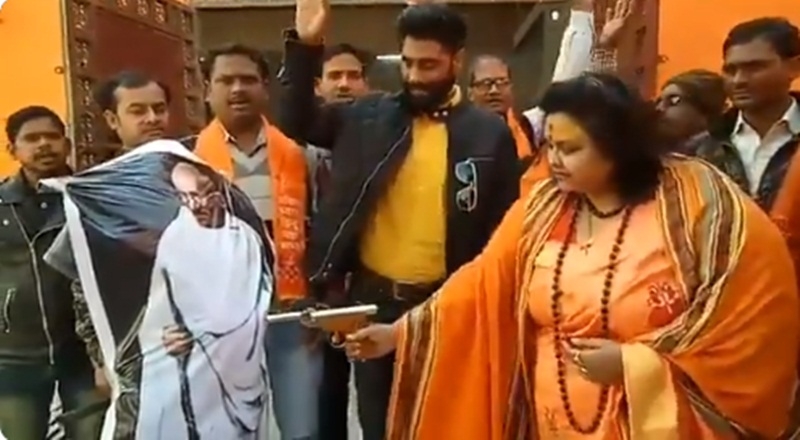 “The incident took place in a house in Naurangabad locality of the city. Later, the video of the event went viral on social media,” Senior Superintendent of Police of Aligarh Akash Kulhary told PTI.

#India #HinduMahasabha national secretary Puja Shakun Pandey shoot the effigy of Mahatma Gandhi amid cheers. Nathuram Godse, was once a member, what they claimed was a watershed moment in Indian history.#MahatmaGandhi #mahatmagandhideathanniversary pic.twitter.com/0AAOQ1ko8D

After the video went viral, a case was registered against 13 persons associated with Hindu Mahasabha including Pooja Shakun Pandey, a woman leader, the SSP said, adding no arrests have been made so far. The police are conducting raids to nab the accused persons.