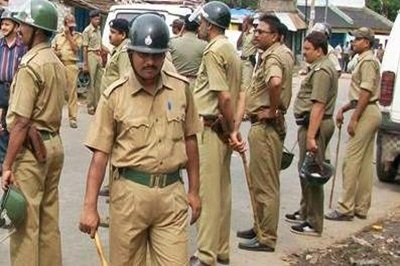 Kolkata:  Three people, including two police officials, were injured when a crude bomb exploded inside a police station on Sunday in West Bengal’s North Dinajpur district, police said. A sub-inspector, an assistant sub-inspector and a civic police volunteer sustained injuries in the blast at the Itahar police station, some 390 km from Kolkata. “It was a minor explosion and prima facie it appears that a crude bomb seized earlier by police might have gone off,” Additional Superintendent of Police Mrinal Mazumdar said. While police claimed it to be a minor blast, residents said the explosion was huge and the condition of the injured civic police volunteer, identified as Monirul Islam, was serious. He was admitted to the district hospital in Raiganj.