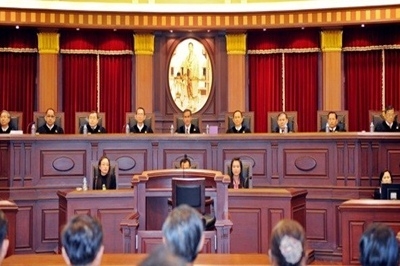 Bangkok: A Thai judge has extended the trial of two Myanmarese migrants accused of murdering two British tourists in southern Thailand last year, pushing the verdict date back at least for a month, the media reported on Saturday.

Two 22-year-old Myanmarese, Zaw Lin and Wai Phyo, were arrested two weeks after Hannah Witheridge and David Miller were found brutally murdered on the beach on Koh Tao, on September 15, 2014. Three months of witness testimony were due to end on Friday but the judge granted the defence team a request for an extra two days, October 10 and 11, to give the defendants further time to speak on the stand, The Guardian reported.

“The verdict could be late November or early December but I’m pretty sure it will be this year,” Andy Hall, a migrants’ rights activist from Britain who is working for the defence, said from Koh Samui island. The verdict, which will be decided by a panel of three judges, was previously expected in October. During the three-month trial, the defence has also exposed inconsistencies in the police investigation, arguing that chains of custody over evidence were broken and the crime scene was not properly cordoned off. Earlier this month, a Thai forensic expert said DNA samples taken from the alleged murder weapon, a garden hoe, did not belong to the two men who are standing trial.