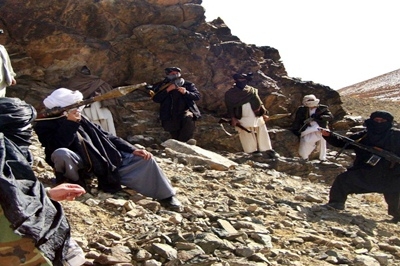 Kunduz: Taliban fighters launched a brazen attack on the capital of the northeastern Afghan province of Kunduz today, triggering firefights with police and soldiers in an apparent bid to capture the city.

The assault was the third time this year that Taliban militants have threatened to take control of territory inside the city of Kunduz, and while heavy fighting had ensued, an official said security forces were driving the attackers back. “The Taliban launched an attack on Kunduz city from several directions,” Kunduz provincial police spokesman Sayed Sarwar Hussaini told AFP. “Right now, heavy fighting is ongoing between our forces and the Taliban in Khanabad, Char Dara and Imam Sahib, the main entrances into the city of Kunduz,” he said, adding that “security forces are repelling” the militants.

The Taliban did, however, take control of several security checkpoints and were near the city, an AFP journalist in Kunduz said. It was unclear if they were still holding the checkpoints, however. The city itself was deserted, and residents were scared to come out of their houses, according to the AFP reporter. The Taliban have been waging a bloody insurgency since a US-led invasion ousted them from power in late 2001, and have stepped up attacks during a summer offensive launched in late April against the Western-backed government in Kabul.

Afghanistan’s NATO-trained police and army have been fighting the Islamist militants this year for the first time without the direct help of foreign forces since they ended their combat mission in December 2014. The bulk of NATO troops were pulled out by the end of last year, but a residual force remains for training and counter-terrorism operations.