Switzerland not sharing info on bank accounts of Indians:FM 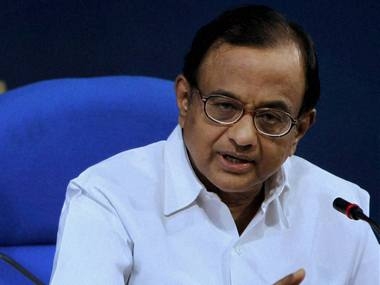 New Delhi: Upping the ante against Switzerland for not sharing information on Indians stashing money in its banks, Finance Minister P Chidambaram has threatened to drag the European nation to multilateral foras like G20 for continuing to block its requests.

Chidambaram, in a terse two-page letter to his Swiss counterpart Eveline Widmer Schlumpf, reminded him of the April 2009 declaration adopted by G20 leaders stating the “era of bank secrecy is over.”

In a strongly worded letter, he said India might examine further steps like declaring Switzerland a non-cooperative jurisdiction if non-cooperation continues.

Chidambaram said Switzerland has not honoured the terms of the Double Taxation Avoidance Agreement (DTAA) between the two nations, under which information about Indians with accounts in Swiss banks has been sought by the tax authorities.

“Switzerland’s refusal to provide information to India and other countries on the grounds that the source of the information requested is based on ‘stolen data’ means that, in practice, Switzerland still believes in bank secrecy and is therefore not in tune with the modern era,” he said in the letter dated March 13.

Recalling the G20 stand that sanctions may be deployed to protect their public finances and financial systems, he said: “If information continues to be denied to India under DTAC (Double Taxation Avoidance Convention), the Government of India will be constrained to take a position in the global forum.”

He said India would not hesitate to tell global forums that Switzerland still does not comply with the standards of transparency and that the required legal and regulatory framework is still not in place in Switzerland.

“Further, the Government of India may also have to raisethis issue in other multilateral fora such as the G20,” he added.

Chidambaram said India was “seriously concerned” that some Indian taxpayers may have parked substantial unaccounted income and assets in offshore jurisdictions, and “it expects cooperation from those jurisdictions to deal with them effectively.”

“In the event of continued denial of access to vital
information, which Switzerland is obliged to provide under the DTAC, India may be constrained to actively consider the options available under our domestic laws,” Chidambaram said.

Though he did not spell out the options, these may
include making unavailable to investors from Switzerland the benefits under the double-taxation avoidance agreement between the two countries.

“In view of your assurance that the Swiss government is keen to cooperate with India and find possible ways of complying with our requests for information under DTAC, a bilateral discussion at the official level was held in New Delhi on February 4 and 5, 2014.

“However, no progress was made during the discussions and the Swiss delegation merely reiterated their previously stated positions and refused to consider any options or alternate approaches,” Chidambaram said in the letter to the Swiss
Finance Minister.

He said Swiss authorities through a letter dated February 20, 2014 suggested that they are “closing” the requests made by India in 562 cases.

“You would appreciate that, such a situation, where there is no effective exchange of information between India and Switzerland despite a clear legal obligation of Switzerland under Article 26 of the DTAC, is a matter of grave concern for India,” he said.

Chidambaram said the Swiss government had proposed revision of its domestic laws for providing information under the tax treaties, which would have enabled the European nation to provide information to India in the HSBC cases even in respect of the so-called stolen data.

In 2011, the Indian government received the names of 782 Indians who had accounts with HSBC.

“However, it is learnt that the proposed revision did not take place due to strong political opposition in Switzerland,” he said. “It should be noted that Switzerland’s refusal to provide information in serious cases of tax evasion in India is a sensitive matter in India too.”

He hoped that the Swiss government would be able to persuade its Parliament to agree to the proposed changes in its domestic law to comply with internationally accepted standards and conventions.

“Switzerland cannot violate its obligations under the DTAC with India on any ground, including on moralistic grounds, when the Government of India has all along acted in good faith and has requested the information in a bonafide manner,” Chidambaram added.