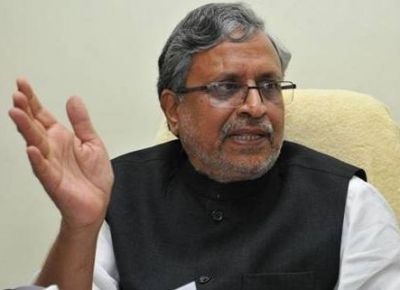 “Kumar has a habit of sniffing conspiracy in everything …if there indeed was conspiracy behind Azizpur arson incident, then the state government must expose those people involved in it,” he told reporters here.

Attacking the former chief minister for implicitly pointing to the BJP’s involvement in arson incident in Azizpur village last week in which four persons were killed, Modi said that instead of indulging in blame game the state government should get the incident thoroughly probed and bring the culprits to book.

Taking potshot at the senior JD(U) leader for visiting Azizpur village, the former deputy chief minister said that it was the lone instance during nearly decade-long rule by his party that he had visited any strife-torn village and that too out of compulsion as his new-found ally and the RJD supremo Lalu Prasad had paid visit to that village a day earlier.

Modi also took a dig at the former chief minister’s proposed visit to the national capital to campaign for the Aam Admi Party (AAP) in Delhi Assembly polls and said that Kumar’s reported decision pointed to division in the Janata Parivar splinter groups amid buzz over merger as the RJD supremo had committed to campaign for the Congress.

Exuding confidence that the campaigning against BJP’s rivals by the senior JD(U) leader and the RJD supremo will have no bearing on the outcome in the Delhi assembly polls, he claimed that former IPS officer Kiran Bedi-led BJP would sweep the Assembly polls and form government in Delhi.