Sushi chef says Kim Jong-Un has ‘no plans for war’ 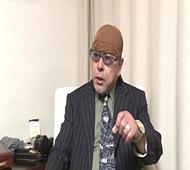 Tokyo: A Japanese sushi chef who served Kim Jong-Il claims North Korea’s current leader has no intention of waging war with the United States. The chef, who goes by the pseudonym Kenji Fujimoto, told a Japanese tabloid magazine he was invited to Pyongyang last month for the first time in almost four years, and that Kim Jong-Un himself picked him up at the airport.  “I was surprised when I looked at the driver’s seat,” Fujimoto was quoted as saying in a piece written under his byline in the weekly Shukan Gendai.

“Field marshall Kim Jong-Un himself was driving, he’d come to check up on me.”  Fujimoto, one of the few non-Koreans to have met the young leader, said that he arrived in Pyongyang on April 12 to have dinner with Kim, who greeted him with a hug and asked about feelings in Japan towards the secretive state.

Fujimoto, who is said to carry business cards emblazoned with the words ‘Kim Jong-Il’s chef’, reportedly replied “with blunt honesty: it’s terrible. Since the start of the year there have been nuclear and missile tests.” Kim, whose plans to expand North Korea’s nuclear arsenal were formally endorsed this week at Pyongyang’s first ruling party congress in nearly 40 years, offered a conciliatory response.

“The reason we launch rockets and missiles is the United States,” the 33-year-old ‘supreme leader’ said, according to the report. “When we begin talks with the Americans, they soon make unacceptable demands with difficult conditions. Although our relations with the United States remain perilous, I have no intention of starting a war,” Fujimoto claims Kim added.

Fujimoto, who has a 24-year-old daughter by his Pyongyang-resident North Korean wife, also revealed that Kim had been on a recent drinking binge. “I emptied 10 bottles a few days ago and my stomach feels a little bad,” Kim said at a dinner attended by some 20 senior North Korean officials, according to Fujimoto. “Although maybe one glass won’t do any harm.” Fujimoto, who claims to have been jet-skiing and motorbiking with Kim Jong-Il, lived in Pyongyang in the service of the first family for ten years.

He says he fled the regime during a shopping trip to Japan in 2001, and has since made his living from media appearances, lectures and writings about his days in the isolated country. Fujimoto only ever appears in public wearing aviator sunglasses and a bandana, precautions he insists are necessary to shield his identity, and says he wears a bulletproof in Japan, fearing for his safety.