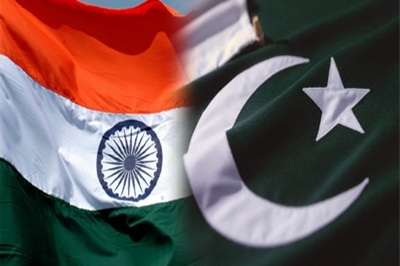 Washington: The US has said it supports “any and all positive steps” India and Pakistan take to reduce tensions and engage in dialogue as it welcomed their NSA-level talks in Bangkok.

“We welcome reports of the meeting between Indian and Pakistani officials. “We support any and all positive steps India and Pakistan can take to reduce tensions, engage in dialogue, and forge closer relations,” a State Department spokesperson said.

The talks that lasted for four hours was attended by the foreign secretaries of the two countries.

The State Department also welcomed that Pakistan is hosting the Heart of Asia Summit this week in Islamabad, which among others would be attended by External Affairs Minister Sushma Swaraj and Afghan President Ashraf Ghani.

“We are pleased that Pakistan is hosting the Heart of Asia Summit. We are also encouraged that President Ghani, Indian Minister of External Affairs Swaraj, and other senior officials will be attending,” the official said.

“The meeting is an opportunity for the United States and all participating countries to discuss our shared commitment to a stable, peaceful, and prosperous Afghanistan,” the spokesperson said in response to a question.

Deputy Secretary of State Antony Blinken and Special US Representative for Afghanistan and Pakistan Richard Olson will represent the US in the fifth meeting of the
Heart of Asia process in Islamabad.

The US had earlier welcomed the brief meeting between Prime Minister Narendra Modi and his Pakistani counterpart Nawaz Sharif in Paris on sidelines of the UN climate summit, saying it “always welcomes these kinds of exchanges and dialogue between India and Pakistan”.