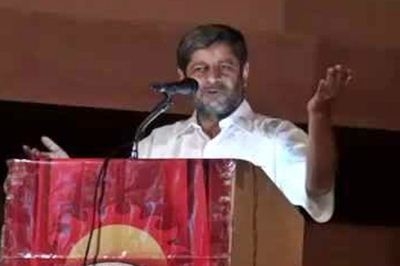 Just before the commencement of the winter session proceedings here, Sena members protested outside the Assembly opposing Aney’s remarks who openly favoured holding a referendum for separate Vidarbha at a book release function here on December 5.

He said if Aney quits, BJP legislators from Vidarbha too will resign. At this juncture, Education Minister Vinod Tawade arrived on the scene and defended Aney saying that as Advocate General, Aney has already pledged to support the cause of Maharashtra and his remarks should not be taken as “anti-Maharashtra.”