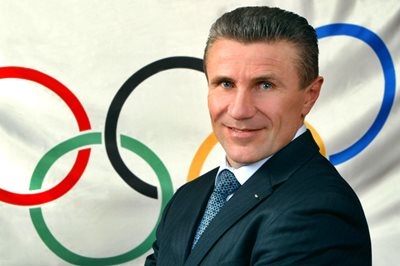 London :  IAAF presidential candidate Sergey Bubka says athletics must improve the speed and transparency in the system it uses to identify and sanction dopers, a day after his opponent Sebastian Coe strongly defended the sport’s anti-doping efforts.

Both campaigners were reacting to leaked IAAF files containing suspicious blood tests among 12,000 samples involving 5,000 athletes, reported on by German broadcaster ARD and British newspaper The Sunday Times. They allege the IAAF did not act on them. Bubka did not directly address the allegations in a statement on Wednesday, but claimed a “more proactive” approach against cheating was needed.

“At present, the anti-doping system is too complex and takes too long,” Bubka said. “It needs to be simplified to become faster and more efficient, and we need to deploy the best research and science to ensure that we keep a step ahead of the dopers. “It is clear that we need more people working at the IAAF to tackle the biggest challenge our sport faces – identifying doping cheats and protecting clean athletes. This is a battle we can’t afford to lose, for the sake of athletics and all sports. Athletics is the most fundamental of all sports, and the way the world sees athletics influences the way it views all sports.”

Bubka, the pole vault great from Ukraine, is standing against Coe to replace outgoing president Lamine Diack at an election in Beijing in two weeks. On Tuesday, Coe, like Bubka a vice-president at the IAAF, decried the media reports, calling them misinformed and unwarranted, and “a declaration of war on my sport. “The media reports examined the results of 12,000 blood tests involving 5,000 athletes from 2001 to 2012, and concluded that 800 were suspicious. The reports said that 146 medals including 55 golds in disciplines ranging from the 800 meters to the marathon at the Olympics and world championships were won by athletes who have recorded suspicious tests.

“The use of that database, however it got into their possession, displayed either breathtaking ignorance or a level of malevolence around a set of readings you can simply cannot extrapolate beyond,” Coe told The Associated Press on Tuesday. “The idea that my sport sat there either covering up wrongdoing or just being incompetent could not be wider of the mark.” The ARD and Sunday Times reports were based on analysis of the leaked test results by Australian anti-doping scientists Robin Parisotto and Michael Ashenden. Coe questioned their credentials, saying, “These so-called experts, give me a break.”

In response, the Australian scientists strongly defended their findings in a detailed statement released Wednesday, saying they “have rebutted each and every one of (the IAAF’s) so-called ‘serious reservations. Ashenden and Parisotto said they followed the same principle used by IAAF Anti-Doping Commission members in a 2011 study of the organization’s blood profiles, namely that “large fluctuations within an athlete’s profile may provide strong evidence of blood manipulation.” “We stand by the evaluations we submitted to Sunday Times and ARD/WDR,” they said. Meanwhile, the World Anti-Doping Agency confirmed on Wednesday that the leaked information did not come from its Anti-Doping and Management System, and that it has not been granted access to the database in question.

“WADA would also like to reassure clean athletes that atypical blood data, which may appear within this database, is not necessarily indicative of doping,” David Howman, director general of WADA, said. “It would be reckless to draw conclusions on the basis of limited information.”