Scandal-tainted CONCACAF to be run by committee 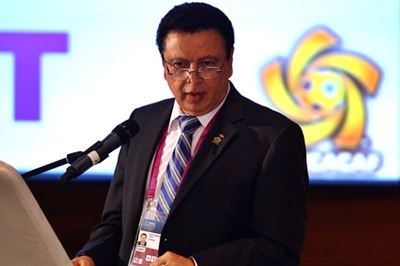 Miami: The scandal-tainted ruling body for football in North and Central America and the Caribbean (CONCACAF) said it will not seek to immediately appoint a new president following the suspension of incumbent Alfredo Hawit.

CONCACAF said in a statement the organization — which has seen several officials targeted in the US-led investigation into FIFA corruption — would be led by its executive committee until an election in May next year.

“The Confederation’s Executive Committee (EXCO) voted unanimously to not appoint a successor President of CONCACAF and to operate the Confederation through the members of the EXCO as a whole until a new President is democratically elected by its Member Associations,” a CONCACAF statement said.

The vote to replace Hawit — who was suspended after being named in a US Justice Department indictment last week — will be held in Mexico City on May 12, 2016 during CONCACAF’s Congress.

Hawit’s indictment was another damaging blow for CONCACAF. Hawit had only been appointed to the job after predecessor Jeffrey Webb was detained in Switzerland in May after the first wave of arrests in the FIFA scandal.

Webb’s predecessor as CONCACAF chief Jack Warner is also named in the US corruption investigation, meaning that the three most recent presidents of the body had all been embroiled in corruption allegations.

Warner has already been banned for life by FIFA for the offer, acceptance, and receipt of illegal payments.

CONCACAF executive committee Horace Burrell said the interim leadership of the body would enable potential candidates for the presidency to be vetted thoroughly.

“It is critical for the Confederation’s future that the next President be elected by the full Congress, rather than statutorily appointed,” Burrell said in a statement.

“Under this leadership structure, CONCACAF can ensure there is sufficient time to publicly vet candidates while the Confederation focuses on continued implementation of strong reforms.”