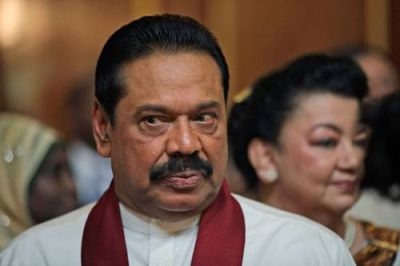 The United National Party (UNP), the key constituent in the country’s minority government, expressed confidence that it would get the numbers in the 225-seat parliament to form the next government.

Minister Karu Jayasuriya, who led the election campaign for his party, said the UNF was confident of winning 105-107 seats and secure the help of friendly parties to form a government.

“We intend to keep our promises and develop the country,” UNP leader John Amaratunga said after netting the Gampaha seat. He said Wickremesinghe would take oath as prime minister later on Tuesday.

It is the first time in 14 years the UNP wrested Gampaha, indicating a major mood swing in the country where Rajapaksa reigned supreme for over a decade until his dramatic loss in the January presidential election this year.

“My dream of becoming the prime minister has faded away,” Rajapaksa told AFP. “I am conceding we have lost a good fight.”

Election officials said the UNP had bagged 11 of the 22 districts from where results were available. The UPFA had won eight while the Tamil National Alliance (TNA), the main Tamil party, was the victory in three districts in the Tamil-majority northern province.

The UPFA’s victories came from Sinhalese-majority areas including Hambantota, the stronghold of the Rajapaksa family.

But the emerging results showed the UNF had made inroads in the districts where Rajapaksa had the upper hand in the January presidential contest.

The main battle was between the UNF led by Wickremesinghe and the UPFA, which had Rajapaksa as its main candidate.

Both Jaffna and Vanni districts, which saw thousands of deaths in the end stages of armed conflict that ended in 2009, voted for the TNA, which is expected to ally with Wickremesinghe.

Wickremesinghe urged Sri Lankans not to divide themselves as winners and losers and work together as one family for the betterment of Sri Lanka and to introduce a new political culture to the country.

He said in a statement that people had given a mandate for good governance and consensus-based politics.

President Maithripala Sirisena said Monday’s election was one of the most peaceful, free and fair election in the history of Sri Lanka.