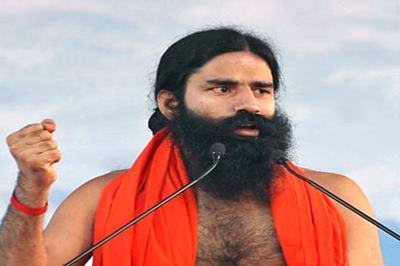 New Delhi: Ramdev’s Haridwar-based Patanjali Yogpeeth campus may soon get permanent security cover of paramilitary CISF, a facility extended to only a handful of private entities such as Infosys till now. Ramdev, a yoga exponent who has set up a business empire worth thousands of crores of rupees in personal care and food products sector, is himself a ‘Z’ category protectee of central paramilitary forces.

Officials said a security audit and survey is currently on at the facility in the holy Uttarakhand town and it is expected that the government will deploy a squad of armed commandos. It would act as ‘quick reaction team’ against any terrorist attack and “the logistics bill” is to be footed by the private enterprise.

“The access-control to the large facility would be rendered by private security guards deployed already on the campus while CISF could give a shield against any terrorist attack like incident,” they said.

The survey by a special team of Central Industrial Security Force experts has been ordered after central security agencies suggested the ‘Patanjali Yogpeeth’ facility may be vulnerable to sabotage activities.

The campus hosts facilities for Yoga and also has infrastructure to manufacture ayurvedic medicines and FMCG products. In June, the food and herbal park campus was provided with a platoon strength (about 35 men) CISF security cover on a temporary basis after some clashes broke out here. “The proposed cover of the central force will be on a 24X7 basis and will respond to any incident like terror attack. The commandos deployed for such tasks are armed with sophisticated weapons and communication gadgetry and the logistics bill is footed by the private enterpise,” they said. The force was tasked to secure private sector entities after an amendment in the CISF Act post the 26/11 Mumbai terror attacks.

Currently, it is securing six such concerns like Electronics City Bengaluru, Infosys campuses in Bangaluru, Mysore and Pune, Reliance Refinery and Petrochemicals in Jamnagar and the Coastal Gujarat Power Ltd project executed by the Tata group in Mundra.

The seventh project where CISF men will take charge under the private security category soon is the Tata Steel project based in Odisha’s Kalinganagar.