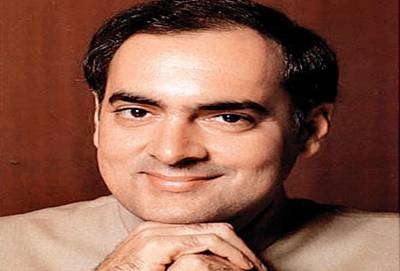 New Delhi: Tamil Nadu today strongly supported in the Supreme Court the statutory right of the Executive to suspend or remit sentences of convicts saying if judiciary prohibits states from exercising it then it would amount to denial of fundamental right to life. “If the court asks Executive not to consider suspending or remitting sentences of convicts then it would amount to denial of right to life under Article 21 of the Constitution,” the counsel for Tamil Nadu told a five-judge Constitution bench headed by Chief Justice H L Dattu.

“The right to be considered for remission or stay of sentence is the part of fundamental right to life. If there is no scope for any hope then it would be the breach of the fundamental right,” senior advocate Rakesh Dwivedi, appearing for Tamil Nadu told the bench which also comprised justices F M I Kalifulla, Pinaki Chandra Ghosh, Abhay Manohar Sapre and U U Lalit.

The bench then said that the assertion can “certainly be “justified” if courts say “life means entire life” and hence, “closes the door for clemency” from the Governor and the President.

Enumerating conditions for grant of remission or suspension of sentence by the executives under the Code of Criminal Procedure (CrPC) would not amount to violation of fundamental right, it said.

“Lordships are closing the main door,” the senior lawyer said. The bench is going into the maintainability of the Centre’s petition opposing Tamil Nadu government’s decision to set free the convicts in the Rajiv Gandhi assassination case after remitting their life sentences.

Besides the maintainability of the plea, the bench would also decide whether the sentence of a prisoner, whose death penalty has been commuted to life, can be remitted by the state government.

It would also decide whether life term meant jail term for rest of the life or a convict has a right to claim remission. Earlier, Tamil Nadu had told the court that the state governments can on their own decide to suspend or remit sentences of convicts and the statutory powers to grant mercy to them is not dependent on conditions.

The counsel for Tamil Nadu had earlier also referred to the CrPC provisions to buttress the point that the state government is empowered to take a call in certain cases and Centre should not tread into its territory. The state had also trashed accusations that its decision to release seven Rajiv Gandhi assassination case convicts was “political and arbitrary”.

It had asked why Congress governments at the Centre had delayed the decision on mercy pleas that led to commutation of their death sentence in the first place. The apex court had on June 28 rejected the curative petition of the Centre against the commutation of death penalty into life imprisonment of three convicts in the case.

The review pleas, challenging the commutation of death penalty to life term of Santhan, Murugan and Perarivalan, were dismissed by the court in February last year on the ground of 11-year delay in deciding their mercy petitions.

The three convicts are lodged in a Vellore prison. Former Prime Minister Rajiv Gandhi was assassinated on May 21, 1991 at Sriperumbudur in Tamil Nadu.

The court, on a plea of the erstwhile UPA government, had on February 20 last year stayed the state government’s decision to release Murugan, Santhan and Arivu, whose death sentences had been commuted to life term by it.

It had later also stayed the release of four other convicts Nalini, Robert Pious, Jayakumar and Ravichandran, noting there were procedural lapses on the part of the state government.

Santhan, Murugan and Arivu are currently lodged in the Central Prison, Vellore. The other four are also undergoing life sentence for their role in Gandhi’s assassination on May 21, 1991.