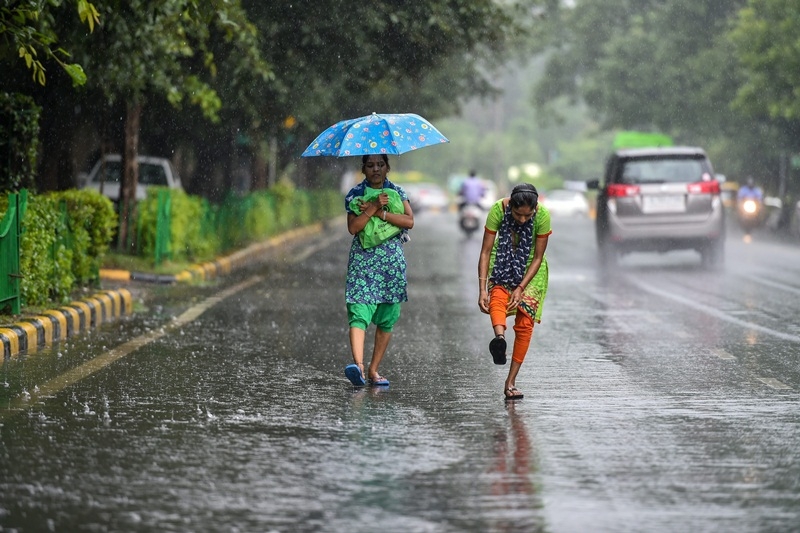 New Delhi: Rain with thunderstorm was witnessed in parts of Delhi and the National Capital Region (NCR) on Wednesday, the weather office said, adding that the weather condition was likely to continue till Friday. According to the India Meteorological Department (IMD), the temperature on Wednesday morning was recorded a notch below the season’s average at 24.3 degrees Celsius.

The maximum temperature for the day is expected to hover around three-four notches below the season’s average, an IMD official said. According to Skymet, the pre-monsoon rains are because of three phenomenon — Western Disturbance, induced cyclonic circulation and the South Westerly winds.

“The rains on Wednesday were because of the back to back Western Disturbance. The Western Disturbance creates cyclonic circulation over Rajasthan. Also the South Westernly winds from the Arabian Sea are increasing the moisture,” Mahesh Palawat, Vice President, Meteorology and Climate Change at the Skymet Weather told IANS.