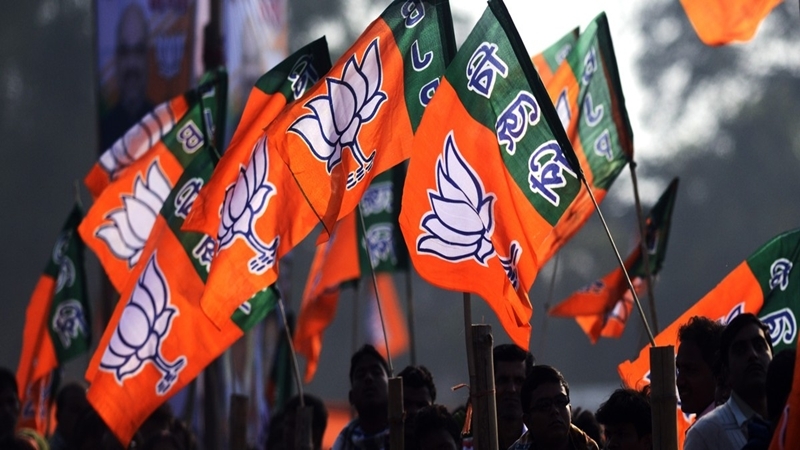 New Delhi: The BJP on Thursday stepped up its attack on Rahul Gandhi over alleged corruption in land transactions involving his brother-in-law Robert Vadra, saying the Congress chief is standing firmly behind Vadra in these deals. Addressing a press conference at the BJP headquarters here, Union Law Minister Ravi Shankar Prasad showed purported sale deeds of land and alleged that the entire Gandhi family including Rahul Gandhi, Congress general secretary Priyanka Gandhi Vadra and her husband had bought land from H L Pahwa.

“Rahul Gandhi is standing firmly behind Robert Vadra in all the land deals reeking of impropriety, abuse of power and corruption,” he alleged. Prasad also alleged that Rahul Gandhi was opposing the Rafale deal at the behest of middleman of a rival aircraft manufacturer. Union Minister Smriti Irani had levelled similar allegations against the Congress leaders on Wednesday citing media reports following which the opposition party had termed the charges “baseless” and an attempt to divert attention from “rampant joblessness” and “agrarian crisis”.

“Who is this HL Pahwa and why is he the common factor in all the land deals done by Rahul Gandhi, Robert Vadra and Priyanka Vadra. Is HL Pahwa the family retainer of Gandhi family in the real estate,” Prasad questioned on Thursday. He alleged Mahesh Kumar Nagar also had a role in these land transactions. Prasad also wondered whether “Pahwa is working in tandem with controversial arms dealer Sanjay Bhandari, and C C Thampi was their common link”.

“I say with all degree of earnestness that this whole campaign against Rafale is not a fair, appropriate or a reasonable campaign but a malafide campaign,” the BJP leader said. Responding to the allegations on land deals, Congress’ chief spokesperson Randeep Surjewala had asked why the BJP did not probe them in the last five years if there there was any wrongdoing.