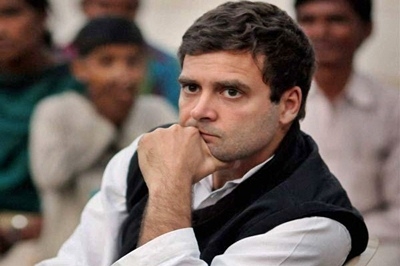 New Delhi: Bharatiya Janata Party (BJP) spokesperson M.J. Akbar on Monday launched a veiled attack on Congress Party president Sonia Gandhi and vice president Rahul Gandhi, by saying that Sonia Gandhi has ruined the party and is trying to ruin the country with her utter devotion to her completely inept son. Akbar said this doting behavior has made Rahul Gandhi the ‘spoilt child’ of Indian politics.

“The PM is devoted towards his mother. He touched her feet after the election victory. This is quite in contrast to the Congress, where a mother has ruined the party and is trying to ruin the country by her utter devotion to a completely inept son,” Akbar said.

“Instead of hiding underground, somewhere in the United States, he is posting highly nebulous pictures of some conference. It might have been a better idea if Rahul Gandhi would have come out and say what he is doing, unless of course he is enjoying an undeserved holiday,” Akbar said in a press conference.

Hours after Prime Minister Narendra Modi attacked the Congress in San Jose, the BJP and the Congress were engaged in a battle of words with each other.