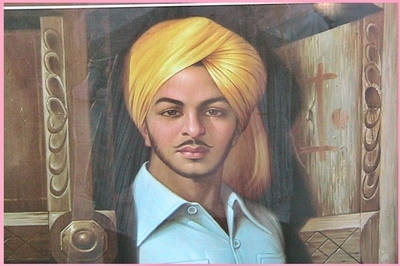 San Jose : Prime Minister Narendra Modi has remembered freedom fighter Bhagat Singh on his birth anniversary during his address to the Indian diaspora here. “Today is September 28 in India and it is the birth anniversary of brave son of India, Bhagat Singh. I salute India’s beloved martyred son,” said Prime Minister Modi in his address at SAP center. Modi also said that he came to California almost after 25 years, and he has witnessed a lot of changes including new faces. “Across the world a new image of India has emerged. The old thoughts about India are going away in one way, India’s vibrant image I have felt in California,” he added. Prime Minister Modi earlier met elected lawmakers from California and other part of world. He was presented with San Jose Sharks jerseys by the elected lawmakers.