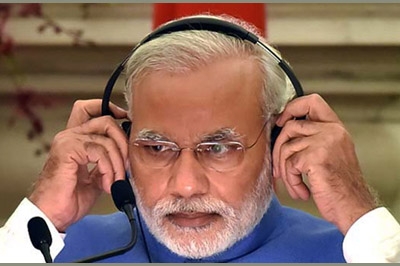 New Delhi: Prime Minister Narendra Modi “is damaging his credibility and political authority by appearing to shield wrongdoing” by his senior BJP colleagues, the CPI-M said.

“If parliament cannot make those who hold public office accountable, then who can?” asked an editorial in “People’s Democracy”, the official organ of the Communist Party of India-Marxist.

The opposition is seeking the resignation of External Affairs Minister Sushma Swaraj and Rajasthan Chief Minister Vasundhara Raje for their links with former IPL chief Lalit Modi, against whom the Enforcement Directorate has issued an arrest warrant. The opposition also wants Madhya Pradesh Chief Minister Shivraj Singh Chouhan to quit over the Vyapam recruitment scam.

The editorial said the BJP was seeking to brazen out the situation by bleating that what the opposition was doing was undemocratic and harmful to parliamentary democracy. “In this, it is being hypocritical and patently insincere.

“The BJP while being the main opposition in the 15th Lok Sabha established a record in the maximum disruption caused to the functioning of parliament.” The situation, the CPI-M said, had been aggravated by the Lok Sabha speaker’s decision to suspend 25 Congress members for five days.

“Narendra Modi and the BJP should realise that the issues raised with regard to Lalitgate and Vyapam are not going to go away anytime soon,” it said. “The government will be compelled to move for the extradition of Lalit Modi to India to stand trial despite the best efforts of Sushma Swaraj and Vasundhara Raja to render succour to him.

“A special court has issued a non-bailable warrant against Lalit Modi in a money-laundering case.  “Can the Modi government be blind to the spreading stain of Vyapam which has now acquired the dubious status of a killer scam?”