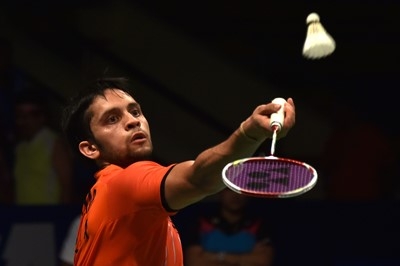 The world number 8 bowed after suffering a 14-21, 18-21 defeat to Chinese Taipei’s sixth seed Chou Tien Chen in just 42 minutes at the Tokyo Metropolitan Gymnasium. Kashyap was the lone Indian who entered the quarterfinals after Saina Nehwal, K Srikanth and H S Prannoy had lost their respective second round matches yesterday.

With this win over Kashyap, Chen made it 2-2 in their career meetings. Kashyap was on the backfoot straightway as his opponent scored five consecutive points in the first game compared to the Indian’s three. Kashyap fought back in the second game but his opponent was too good for him. With six consecutive points Chen surged ahead into the semifinals winning 21 points out of 39 played. Chen will play the winner of the other last-eight clash between seventh seed Viktor Axelsen of Denmark and unseeded Korean Lee Dong Keun.