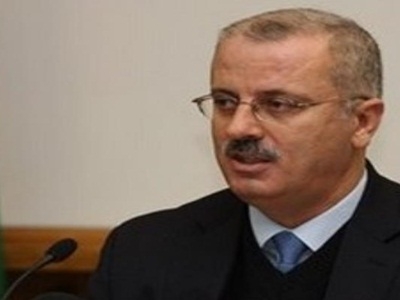 Praising Mahatma Gandhi’s model of non-violent movement against the British to attain India’s Independence, he said that the “Palestinians could learn from the Indian example of peaceful resistance”.   The Palestinian Prime Minister thanked India for providing financial assistance in developing various developmental projects in the Palestinian territories and also helping in the efforts to reconstruct Gaza.  “India has been consistent in its support to the Palestinians, diplomatically and politically, and has been also at the forefront of efforts towards the reconstruction of war-battered Gaza,” he told the gathering congratulating them on the occasion.

India had recently provided the Palestinian Authority (PA) with an assistance of USD four million while parallely pursuing many other programmes aimed at skill development among the Palestinian population.  Expressing India’s “unconditional and unwavering” support for a just resolution of the Palestinian problem, Representative of India (ROI) to Palestine, Mahesh Kumar, outlined certain initiatives taken by the new government in India, especially the “Make in India” initiative.  “Our economic engagement with Palestine, though substantial, has enormous untapped scope and potential. I, therefore, invite my Palestinian friends to avail the opportunity in India,” Kumar said.