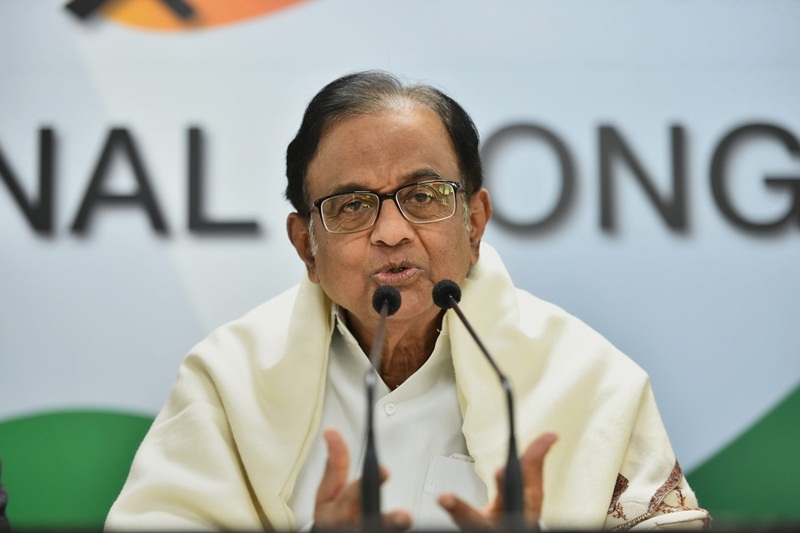 New Delhi: Hitting out at Prime Minister Narendra Modi over his stance on caste and his “origins as a chaiwala”, senior Congress leader P Chidambaram on Sunday asked if the PM considers people a “bunch of idiots” who have suffered memory loss. The former finance minister’s scathing attack on the Prime Minister came a day after Modi said in Kannauj that he does not believe in politics of caste.

“Mr Narendra Modi is the first person who became PM later who campaigned wearing his caste on his sleeve (2014): ‘I am an OBC’. Now, he says he has no caste!” Chidambaram tweeted.

“In 2014 and thereafter, he said repeatedly that he is proud that the people elected a chaiwala as PM. Now he says, he never mentioned his origins as a chaiwala! “What does the PM take us for? A bunch of idiots who have large memory losses?” he asked. At the poll rally in Kannauj on Saturday, the prime minister had said, “Mayawatiji, I am the most backward…I request with folded hands not to drag me into caste politics, 130 crore people are my family.

“This country did not know my caste till my detractors abused me…I am thankful to Mayawatiji, Akhileshji, the Congress people and the ‘mahamilavatis’ that they are discussing my caste…I believe that taking birth in a backward caste is an opportunity to serve the country,” he had said.