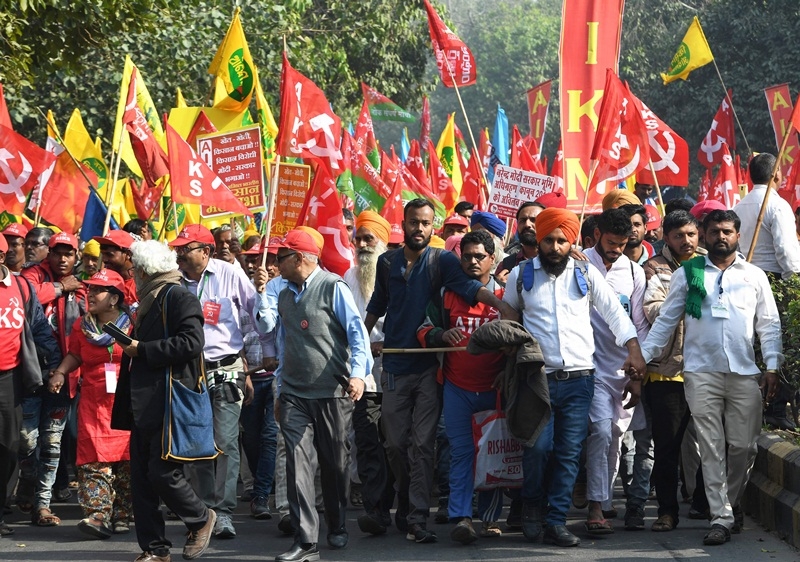 Mumbai: Members of Other Backward Class (OBC) communities from Maharashtra will organise a march here on the first day of the state legislature session on Monday for “safeguarding” their existing quota. The organisers of the protest are also opposing any probable move on part of the state government to induct Marathas into the OBC category.

The OBC VJNT Sangharsh Samiti has decided to take out the ‘Elgaar Morcha’ from Byculla in south Mumbai to Azad Maidan, on Monday, Samiti convener Chandrakant Bavkar announced Friday. He said representatives of over 250 castes under the OBC category along with members of 58 Vimukta Jati (denotified tribes) and Nomadic Tribes (VJNT) castes will join the protest.

The committee is demanding scrapping of the 16 per cent quota granted to Marathas by the state government last year. Their other demands include nullifying the report of the Maharashtra State Backward Classes Commission (MSBCC) which was the basis for granting quota to Marathas under a new independent category called as the Socially and Educationally Backward Class (SEBC).

Responding to a query, Bavkar said the existing OBC quota should not be disturbed. He also said the government can put Marathas into the OBC grouping in case the High Court cancels the 16 per cent reservation granted to the numerically strong community in government jobs and education.

“The state may shift Marathas to the OBC category if the reservation does not stand in the court. We want the OBC and VJNT quota secured. Marathas should be given another quota apart from OBC and VJNT,” he said. The OBCs have also sought a comprehensive socio-economic and caste census in Maharashtra.

The Bombay HC is currently hearing a bunch of petitions challenging the Maratha quota. Excluding Marathas, the quota for various castes and communities in Maharashtra stands at 52 per cent including Scheduled Castes (13%), Scheduled Tribes (7%), OBCs (19%); Nomadic, Denotified Tribes and Special Backward Category together at 13%.

With the Marathas getting reservation under the special category and the state Cabinet approving a 10 per cent quota for Economically Weaker Sections (EWS) in the unreserved categories, the overall reservation in the state now stands at 78 per cent.