No expectations, I just hope to give a good fight: Saina Nehwal 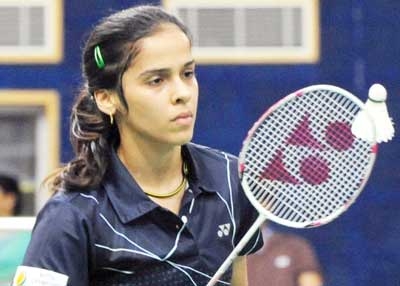 Dubai: Struggling with a feet injury, India’s ace shuttler Saina Nehwal is not expecting big results from BWF Super Series Finals but said she will give her opponents in pool A a tough fight during the prestigious event which will get underway, here tomorrow. After a final appearance at the China Super Series Premier, Saina was left nursing an achilles tendon and had to skip the Hong Kong Open last month and the World No. 2 said she is keeping her expectations low.

“I’ve been undergoing physiotherapy for the last three weeks and I feel I’m in good shape, but you never know. I’m not expecting big results because of the injury which I had in China. I just want to give my best,” said Saina, who will take on Japan’s Nozomi Okuhara in her opening women’s singles match at the Hamdan Sports Complex tomorrow.

The London Olympic bronze medallist, Saina has lost to Marin in the finals of All England and World Championship this season even though the Indian had beaten her at Syed Modi earlier in the year.

Talking about Marin, Saina said: “I think she had a great year, she’s been playing really well. She’s a tough competitor for everyone. She’s in good shape right now and I’m struggling with the injury so you never know.

“It’s a very tough pool. Both Tai Tzu and Carolina have defeated me this year, so it’s not going to be easy. I expect every match to be tough and long hard battles. I just hope I give them a good fight.”

Saina had reached the finals of the prestigious event in 2011 and finished at the semifinal stage three times.