Nitish pulls up BJP for appointing non-tribal as Jharkhand CM 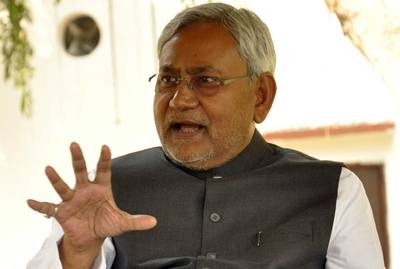 Thrissur (Kerala): Janata Dal (United) leader Nitish Kumar on Sunday criticized the Bharatiya Janata Party (BJP) for appointing a non-tribal as the chief minister of Jharkhand, saying it will make the tribals in the state feel alienated.

The former Bihar chief minister said the BJP has started a bad precedent in Jharkhand,

“The tribals will start feeling alienated again in Jharkhand. After years of struggle, the tribals got their own state. For last 14 years there has been a tribal chief minister, now they have changed it,” Kumar said.

BJP leader Raghubar Das was earlier in the day sworn-in as the new Chief Minister of Jharkhand, becoming the first non-tribal leader to rule the state.