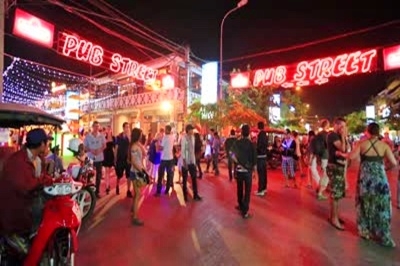 Phnom Penh: At least five Cambodian women died and two men were injured in a nightclub fire in the capital Phnom Penh, police said today. The blaze broke out at the Key Club late last night and is believed to have been caused by an electrical fault, Net Vantha, a deputy Phnom Penh police chief, told AFP. “Five women died from suffocation in the nightclub fire,” he said, adding that two Cambodian men were also injured. Net Vantha said police and court officials were investigating the incident and no one had been arrested yet. A daytime fire at the same venue in 2013 killed three people, including the pregnant wife of the club’s owner, he added. Last November, five people including an Australian tourist, died in a nightclub fire in Cambodia’s northwestern Siem Reap province, home to the famed Angkor temple complex.