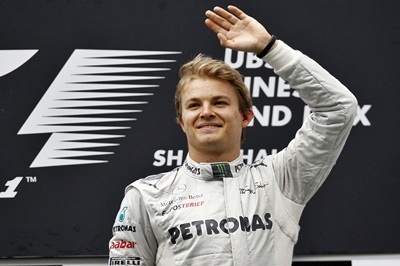 Johannesburg : Mercedes driver Nico Rosberg, who recently became a father, has displayed his affection for children by donating one lakh euros to the ‘Herz fur Kinder’ (Heart for Children) charity.

The organisation which aims at aiding sick children is associated with the German newspaper Bild, where the 30-year-old German had earlier sold his first family photograph, featuring him along with his wife and his new baby daughter.

Reflecting on his contribution, Rosberg said that as a new parent he understands the issue of children in need, Sport24 reported.

Overwhelmed by his donation, the 2015 Formula One runner-up also said that he was glad that his family photograph was able to generate huge amount of money in the international market.