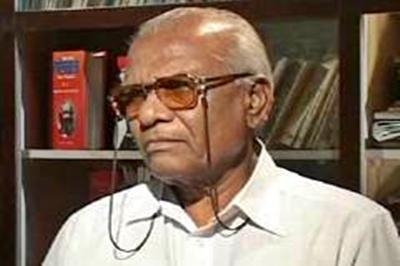 New Delhi : The National Human Rights Commission (NHRC) has issued notices to the Chief Secretary and Director General of Police of Maharashtra, over the attempted assassination of social activist Govind Pansare and his wife, calling for reports within four weeks. The commission considers the incident as ‘very serious’ and has observed it as the duty of the state to recognize and acknowledge the valuable contributions made by human rights defenders and create an environment in which they can act safely and feely.

Earlier this week, 80-year-old Pansare and his wife were shot by unidentified persons in Kolhapur in Maharashtra. Both have had to undergo several surgeries and are battling for their lives. Pansare led an anti-toll movement in Kolhapur.