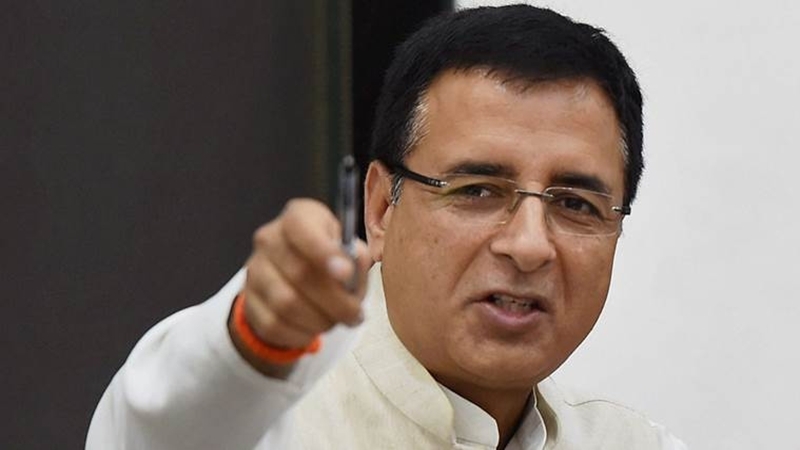 New Delhi: The Congress on Wednesday attacked the BJP government after China blocked a bid at the UN to designate Pakistan-based terror group JeM chief Masood Azhar as a “global terrorist”, saying Prime Minister Narendra Modi’s foreign policy has been a series of “diplomatic disasters”.

The opposition party also slammed China for blocking the move. In yet another setback to India’s bid to designate the Jaish-e-Mohammed’s chief as a global terrorist, China Wednesday put a technical hold on the proposal in the UN Security Council to ban him following the Pulwama terror attack. The proposal to designate Azhar under the 1267 Al Qaeda Sanctions Committee of the UN Security Council was moved by France, the UK and the US on February 27, days after a suicide bomber of the Jaish-e-Mohammed (JeM) killed 40 CRPF soldiers in Jammu and Kashmir’s Pulwama, leading to a flare-up in tensions between India and Pakistan.

Reacting to the development, Congress’ chief spokesperson Randeep Surjewala said it was a sad day in the global fight against terrorism. “China blocking Masood Azhar’s designation as a global terrorist reaffirms Chinese position of being an inseparable ally of terrorism’s breeding ground — Pakistan,” he tweeted. “Sadly, Modiji’s foreign policy has been a series of diplomatic disasters,” the Congress spokesperson said.

The Congress has been attacking the BJP over Masood Azhar’s release in exchange for passengers of a hijacked Indian plane. Congress chief Rahul Gandhi has asked Prime Minister Narendra Modi to tell the nation that it was a BJP-led government which released Azhar from an Indian jail in 1999. Azhar and two other terrorists, Mushtaq Ahmed Zargar and Ahmed Omar Saeed Sheikh, were released from an Indian prison in 1999 by the then BJP-led government headed by Atal Bihari Vajpayee in exchange for the passengers held hostage on board  flight IC-814 hijacked to Kandahar in Afghanistan.

“After 56 inch’s ‘hugplomacy’ and the game of sitting on a swing also, the China-Pakistan duo is showing red eyes to India,” Surjewala added in a tweet in Hindi. The Congress has slammed Modi for being allegedly soft on China by holding a summit meeting with President Xi Jinping in Wuhan “without an agenda” and hosting him in India earlier.