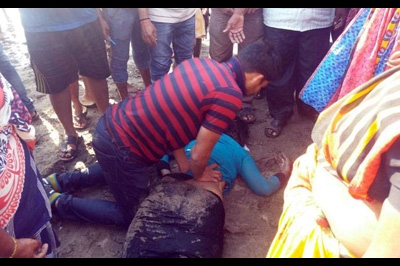 Mumbai: The Bombay High Court today rapped Maharashtra government and Municipal Corporation of Greater Mumbai (MCGM) for failing to implement a Government Resolution on measures to be taken to keep beaches secure. “It is shocking that 14 students, of which 10 were girls, died after drowning two days back at the Murud-Janjira beach. There is no system in place. There were no warning signals, no lifeguards and no watchtowers,” a division bench of justices N H Patil and G S Kulkarni said.

The bench was hearing a public interest litigation filed by NGO Janhit Manch on the issue of beach safety. In 2006, the high court had passed certain directions following which on September 8, 2006, the government issued a resolution on the issue.

“The government is yet to implement the resolution. You (government and civic body) have a resolution directly on the issue but still nothing has been done. Ask the city collector why the resolution has not been implemented,” the court said.

“There are so many beaches in the city itself like Juhu beach, Gorai beach, Aksa beach and so on. There is so much crowd in these places especially children. With no system in place how does the government propose to avoid such incidents (drowning),” the bench said.

Giving the example of how Goa has deployed beach police also known as coastal police at their beaches, the court said the Maharashtra government should also consider the same. The court posted the petition for hearing on February 12 and asked both government and corporation to say why the resolution has not yet been implemented.