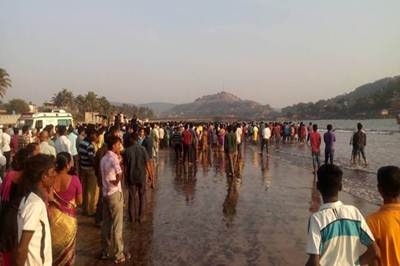 Pune: A case of negligence has been registered against 17 trustees and teachers of the Abeda Inamdar College here, in connection with the drowning of 14 students at Murud-Janjira beach during a picnic on February 1.

The case was registered at Murud police station in Raigad district yesterday, after a delegation of parents seeking action against P A Inamdar, president of the Maharashtra Cosmopolitan Education Society which runs the institute, other trustees and teachers, approached the police and insisted on registration of a case.

The parents alleged that the February 1 tragedy occurred due to the negligence of college management and teachers. “Despite knowing that the students do not know how to swim, the college authorities took them to a beach without life guards and adequate safety measures,” the complaint, filed by parents of a girl who was among those drowned, says.

Murud police said they had registered a case under section 304 (A) (death caused by negligence) against 17 people including the president of the society P A Inamdar, other trustees, principal of the college and the teachers who were accompanying the students on the tragic day.

Parents had earlier alleged that they were subjected to ill-treatment by the college authorities and were driven away “unceremoniously” when they sought explanation from Inamdar.