Minor raped; 20 booked for trying to reach a ‘settlement’ 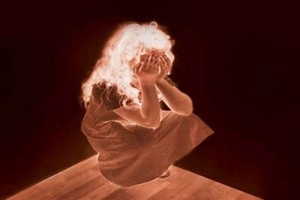 Hyderabad: Twenty persons have been booked for holding a Panchayat “in order to settle a matter” of the alleged rape of a 16-year-old girl student, who claimed she is now six-months pregnant.

Police in Adilabad district of Telangana have also registered a case against five persons who allegedly repeatedly raped the minor over the past 16 months. The victim, a class 10th student, last night lodged a complaint with Madamarri police station, alleging that the five men, who are her neighbours, threatened her and raped her (individually) since January 2015, Police Inspector P Sadaiah said.

The girl further said she had first approached the villagers of Pallemguda of Kasipet mandal of Adilabad, who held a Panchayat over the incident even as one of the accused came forward to marry the girl. Also, she was offered Rs 2.5 lakh amount (Rs 50,000 each) from the five accused “to settle the matter”, though she along with her family members lodged a complaint with police, Deputy Superintendent of Police (Bellampalli Sub-Division) Ramana Reddy said.

“The villagers, who held the Panchayat should have actually informed the police about the matter (of rape). However, it did not happen. Hence, a case under section 201 (causing disappearance of evidence of offence) of IPC has been registered against the 20 villagers, who organised the Panchayat,” the DSP told PTI over phone.

The minor girl has been sent for medical examination, and the report would confirm whether she is pregnant or not, he said.

The five persons were booked on charge of rape and criminal intimidation under relevant sections of IPC besides under Protection of Children from Sexual Offence x (POCSO) Act, the Inspector said while refusing to divulge details if the five accused were detained or are being questioned saying the matter is under investigation.