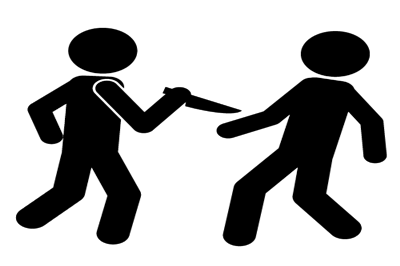 Thane: A 60-year-old villager from Sahapur taluka here was brutally killed allegedly by his son-in-law over a petty family dispute, police said today.

PI Sanjay Dhumal of Sahapur police station said the  incident took place yesterday at Kalamb village when accused Bhagwan attacked the victim– Dagdu Rama Waghe–with a sharp and blunt object following which he died on the spot. Bhagwan was the second husband of Waghe’s daughter. She had divorced her first husband. The problem began after Bhagwan came to take his wife, who was staying at her parents’ house for long. She had allegedly refused to go to the place of her in-laws.

When Bhagwan arrived yesterday to fetch her, she was not present at home which infuriated him following which a quarrel ensued with the father-in-law over the matter. In a fit of rage, the accused attacked Waghe. His son filed a complaint after which the local police registered an offence under section 302 of the IPC. The body of the victim has been sent for postmortem and a hunt is on for the accused.