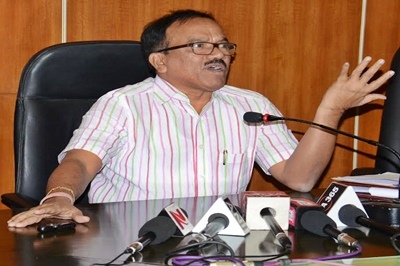 Panaji:  Goa Chief Minister Laxmikant Parsekar today dismissed the allegation of a political interference in the Louis Berger bribery case in which former PWD minister Churchill Alemao has been arrested by the Crime Branch, saying the police were doing their independently.

66-year-old Alemao, who was arrested late last night, has termed his arrest as a “politically motivated” one. “The police are doing their job independently. There is no political interference in that. We have given free hand to them to investigate this case,” Parsekar said on the sidelines of ongoing session of the state Assembly. He said those involved in this case would be punished. “No one would be spared. The police are doing a good job,” the CM added. Alemao is the only politician to have been arrested in connection with the pay-off  case so far. The Crime Branch had quizzed Alemao twice last week, besides former chief minister Digambar Kamat, who was in office between 2007 and 2012.

“I am happy. They have arrested me. This is a political game. I have not done anything wrong,” Alemao said while being taken for medical examination during the wee hours today. The Crime Branch had earlier arrested former JICA director for Goa, Anand Wachasunder and former vice president of Louis Berger, Satyakam Mohanty in connection with the case. The scandal involves the New Jersey-based consultancy firm allegedly doling out bribes to a Goa minister to win the consultancy for a water project under the Japan International Cooperation Agency (JICA) funding. The details of the bribery scandal of USD 976,630 for the Goa project have not been disclosed by the US Department of Justice.