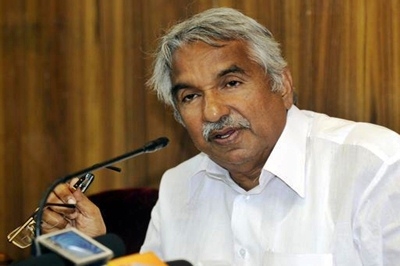 Thiruvananthapuram: With concerns over water level in Mullaperiyar dam nearly touching the permissible limit of 142 feet, Kerala government today expressed anxiety over Tamil Nadu’s “indifferent” attitude and said the state would be taking legal options. Chief Minister Oommen Chandy said that he would take up this issue with Prime Minister Narendra Modi during his Delhi visit.

The state today decided to file a petition in the Supreme Court complaining that reservoir supervisory committee had opened dam shutters and released water to Periyar river last night without the mandatory 12 hours prior notice to Kerala. Stating this in the Assembly, Chief Minister Oommen Chandy said though Kerala had informed Tamil Nadu two days ago about the high inflow of water to the dam and wanted it to draw maximum water “their response was not favourable”.

“This attitude of the Tamil Nadu government in not taking into account the anxiety of Keralites was unfortunate and condemnable”, Chandy said. He was replying to a notice for an adjournment motion by E S Bijimol (CPI) on the anxiety and fear of the people living in dam site after the water level almost touched the apex court fixed 142 feet.

“I have sent a fax message on this matter to Tamil Nadu Chief Minister J Jayalalithaa stating that situation was dangerous and sought urgent steps. But their response was negative”, Chandy said while asserting that Kerala always wanted to have cordial relations with its neighbour.

Seeking the intervention of Prime Minister Narendra Modi to resolve the decades long inter-state dam dispute, Chandy said he would take up this issue during his Delhi visit on December 9 and 10. Tamil Nadu not only failed to draw the maximum water that they could, but also did not inform the state on the opening the dam shutters, Chandy said, adding, this would be brought to the apex court’s attention.

“All administrative and legal options would be explored by the state to solve the issue”, he said. The more than 120-year-old masonry dam is situated in Idukki district in Kerala and is owned and operated by the Tamil Nadu government.