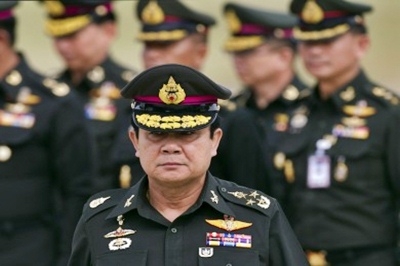 Bangkok: Thailand’s junta is facing growing opposition over plans to introduce a single internet gateway for the country in a bid to increase the government’s ability to monitor the web and block content.

Tens of thousands of people have signed a petition against the proposal which has been dubbed the “Great Firewall of Thailand” — a play on China’s draconian internet censorship programme — by commentators, analysts and netizens. News of the proposal first emerged last week when a cabinet order was unearthed by a Thai programmer and spread on social media.

The cabinet statement, published quietly on a government news website, ordered the Ministry of Information, Communications and Technology to “set up a single gateway in order to use it as a tool to control inappropriate websites and information flows from other countries via the Internet”. A spokesman for the ministry today confirmed to AFP that they were working on the plans and that it aimed to update the public on the proposals within a week.

Thailand’s junta, which seized power in a coup last year, has vowed to expand the country’s appeal as a regional internet hub unveiling a plan it has dubbed the “The Digital Economy”. But the generals have also ramped up censorship, blocking scores of sites and pursuing online critics with criminal charges and so-called “attitude adjustment” sessions. Prosecutions under the notoriously strict lese majeste legislation have also sky-rocketed, with the vast majority of cases brought over comments made online, including a record-breaking 30-year sentence for one man over the content of six Facebook posts.

Critics of the single internet gateway plan say it will allow the military to further increase censorship as well as leave the country’s IT hub status vulnerable if the gateway fails. “A return to the gold old days of a (government) monopoly would be disastrous,” wrote technology analyst Don Sambandaraksa on Telecoms Asia. “The people of Thailand can kiss a fast internet goodbye purely from technical incompetence, not to mention all the monitoring, censoring and deep packet inspection the military want,” he added. Many ordinary Thais have flocked to social media to oppose the plan. “It contradicts policy of promoting Digital Economy,” wrote Twitter user @NataliePP. “It’s irrational. State paranoia is driving irrationality,” she added.