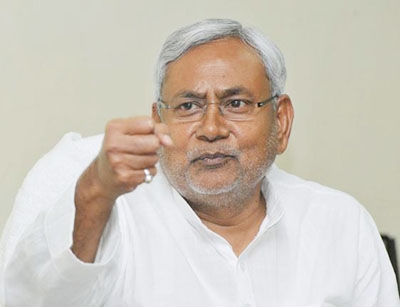 New Delhi: JD(U) today countered BJP’s claim that Nitish Kumar government’s performance deteriorated after its exit from the NDA in 2013 and accused the party of “distorting” figures. Nitish Kumar’s party also claimed that the NDA will review the reservation policy and bring in anti-farmer laws if it wins the Bihar polls.

“BJP wants to win Bihar polls to garner majority in Rajya Sabha to pass anti-farmer, anti-labour laws. If the grand alliance of Congress-JDU-RJD alliance loses in the polls, then the issue of reservation will be reviewed by NDA. “If the NDA wins Bihar polls, they will review both reservation as well as Constitution. If we win, the state will march forward,” party general secretary K C Tyagi told reporters here.

He also referred to the statement of RSS chief Mohan Bhagwat seeking a review of the reservation policy to stress that the BJP will review quota policy. BJP has already distanced from Bhagwat’s remarks. Tyagi and party MP from Rajya Sabha Pawan Varma, however, refused to comment on RJD chief Lalu Prasad’s assertion that Bihar polls is a fight between backward and forward castes.

The leaders also said that the poll watchdog cannot absolve itself of responsibility if Bihar moves towards communal polarisation and asked it to be “fully vigilant” towards “huge flow of money” and attempts to rake up communal issues by BJP”.

“The study claims that Bihar had been doing better on all counts as long was JD(U) was in alliance with BJP till June 2013. The study is steeped in selective and cherry picking data,” the leaders said.

Countering BJP’s claim that Bihar’s economy that grew at the rate of 15.05 per cent in 2012-23 fell down to 8.82 per cent next financial year, they said growth rate fall had other reasons and cited a report of the Economic Survey for 2013-14 that said Bihar was the best performing state in terms of gross state domestic product (GSDP).

Citing Bihar model of governance under Kumar to counter the Prime Minister’s campaign in the state, the party also claimed that while the state under Kumar has gone forward in last ten years, the 16-month rule of Modi as Prime Minister has seen counting “lagging in every field”.

They also attacked Union Minister Ravi Shankar Prasad, alleging he went back on the issue of special status to Bihar after having fought with JD-U on the issue in the past.