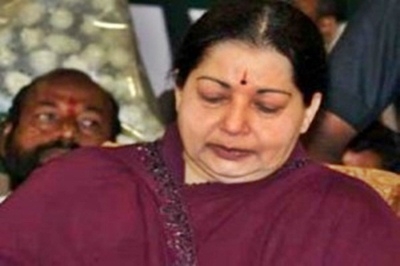 Chennai: Tamil Nadu Chief Minister J. Jayalalithaa on Wednesday said she won’t attend the funeral of former president A.P.J. Abdul Kalam in Rameswaram on Thursday owing to “health condition”. “I have great affection and respect for Abdul Kalam. I would like to attend his funeral and pay my respects to him. However, owing to my health condition I am not in a position to travel,” she said here. Kalam’s funeral will be held in Rameswaram, around 600 km from here.

Finance Minister O. Panneerselvam, Electricity Minister Natham R. Viswanathan, Housing Minister R. Vaithilingam and several other ministers will attend the funeral on behalf of the Tamil Nadu government. Jayalalithaa said as a mark of respect for Kalam, Thursday would be a public holiday in the state. She said following a request from Kalam’s family, government land had been allotted for burying the mortal remains of the former president who died on Monday in Shillong.