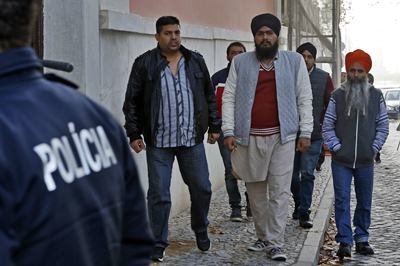 Evora: An appeal court in southern Portugal decided to continue the detention of an Indian national, Paramjeet Singh, wanted by New Delhi for a homicide and bomb attacks.

“The judge decided to wait for a formal extradition request from the Indian authorities,” Singh’s Portuguese lawyer Manuel Luis Ferreira told AFP. He was arrested on an international warrant Friday at a hotel in southern Portugal’s Algarve region, where he was staying with his wife and four children aged between seven and 11.

According to Indian media, Singh is a hardline Sikh activist who is wanted for conspiracy in two 2010 bomb attacks in northwest India, and the 2009 killing of Rulda Singh, the head of the Hindu nationalist movement Rashtriya Sikh Sangat. Paramjeet Singh lived in Britain, where he obtained political asylum in 2004, the lawyer said. He will be held in preventative detention in the Beja prison until at least January 4, Ferreira said.