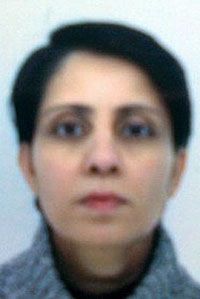 London/Melbourne : Two Australian radio presenters who made a prank call inquiring about the medical condition of a pregnant Kate Middleton have been taken off air, amid growing anger over the suspected suicide of an Indian-origin nurse who transferred their hoax call. The unconscious body of Jacintha Saldanha, 46, was found on Friday morning at an address yards away from King Edward VII Hospital in London. Saldanha was a mother of two teenage children

The CEO of the company that owns embattled radio station ‘2Day FM’ has defended the presenters involved in the royal prank phone call, saying there was no way they could have foreseen the tragic outcome of their actions, the Australian Associated Press reported.

Rhys Holleran, CEO of Southern Cross Austereo, said the presenters behind the call, Mel Greig and Michael Christian, were “completely shattered” by the nurse’s death. The radio station has pulled the pair off air, he said, as a mark of respect.

Saldanha answered the hoax call at 5.30 am on Wednesday morning, and was helping out on reception at the time of the prank. Giggling DJs Mel Greig and Michael Christian were pretending to be the British Queen and Prince Charles and asked her if they could be put through to Kate.

Saldanha connected them to another nurse who gave details of Kate’s condition, who was suffering from acute morning sickness at the London hospital.

The exact cause of death remained unclear. However, media has indicated that the woman appeared to have killed herself.

News of the nurse’s death has prompted a furious outpouring against the radio station and the two presenters involved.

Saldanha arrived in the UK a decade ago from Udipi near Mangalore in Karnataka.

Holleran refused to specify whether the nurse’s permission was sought before the segment aired, or at what point the company obtained legal advice.          He described the nurse’s death as “a tragic event that could not have reasonably been foreseen … we are confident we haven’t done anything illegal”.

In a statement last night, Saldanha’s family said they were “deeply saddened” by the death and asked for privacy. “We as a family are deeply saddened by the loss of our beloved Jacintha. We would ask that the media respect our privacy at this difficult time,” they said. Holleran has however not said if Austereo was now concerned about losing its broadcasting licence. He said the company had expressed its regret in a statement but had not contacted the nurse’s family directly, though he would not “rule out” doing so later.

Meanwhile Scotland Yard police headquarters said on Saturday in London that a post-mortem would take place next week.

Chairman of the hospital where the nurse worked, Lord Glenarthur, said: “This is a tragic event. Jacintha was a first-class nurse who cared diligently for hundreds of patients during her time with us. She will be greatly missed.”     A flood of complaints have been made to the Australian Communications and Media Authority, which regulates radio broadcasting.

The London hospital has protested to the Australian radio network who broadcast the conversation. The chairman of King Edward VII hospital wrote to Southern Cross Austereo today. The tragedy has even reached Australia’s political class. Prime Minister Julia Gillard called Saldanha’s death a terrible tragedy, saying: “Our thoughts are with her family and friends at this time”. Saldanha’s death sparked a global Twitter backlash last night with users condemning the DJs. It is understood Saldanha had not been formally reprimanded over the hoax.- PTI