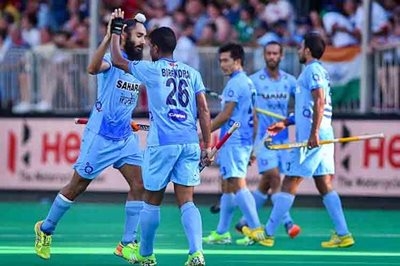 New Delhi : India defeated France 4-1 in the second Test at Wattignies on Wednesday. Indian players Gurvinder Singh, Mohd. Amir Khan, Gurjinder Singh and Rupinder Pal Singh had performed remarkably by scoring winning goals. The Sardar Singh-led team had earlier produced a perfect blend of aggression and defense under new coach Roelant Oltmans to claim a 2-0 win over France in their opening Test match at Le Touquet, thanks to Chinglensana Singh and SV Sunil strikes. India will next travel to Spain for a three-match series in the second leg of their European tour, which will begin on Monday. This is a preparatory tour for the upcoming World League Final which will be held in India later this year. They have already made it to next year’s Rio Olympics.