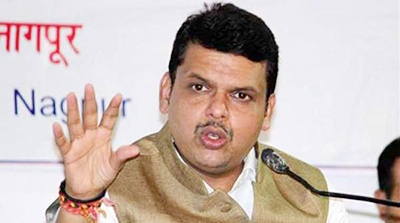 Ranchi: Dismissing criticism for installing a first non-tribal chief minister in Jharkhand, Maharashtra Chief Minister Devendra Fadnavis today said tribal or non-tribal is a non-issue as development in the state is the need of the hour.

“It is not an issue of tribal or non-tribal. What is necessary is development,” Fadnavis said while replying to a question on why a tribal had not been chosen as chief minister of the state.

Fadnavis, who came here to attend the swearing-in ceremony of Raghubar Das, said Jharkhand was lagging behind following political instability and now it has got an opportunity to develop under a stable BJP-led government.

“Now the topic is development under the leadership of Prime Minister Narendra Modi. All areas in the country need to be developed as it could not happen in several decades,” Fadnavis said.

Chief Minister Raghubar Das is the first non-tribal chief minister of Jharkhand since its creation in 2000.