Delhi voters have to choose b/w governance and anarchy 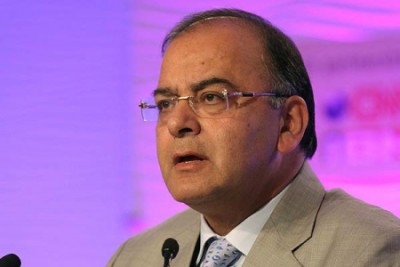 New Delhi: A day ahead of the polling for Delhi assembly, BJP today told voters that the contest between it and the AAP was a “choice between governance and anarchy”.

Senior party leader and Union Finance Minister Arun Jaitley rejected suggestions that the outcome of Delhi polls would be a referendum on the performance of the Narendra Modi government saying “a referendum is a referendum and an election is an election”.

Addressing a press conference, he said AAP, BJP’s main rival, was more comfortable on the street than in the office adding that tomorrow’s contest was a “choice between governance and anarchy”.

Asserting that his party has put all its might in these elections and was confident of winning, he said, “Delhi elections hold importance because Delhi is the face of the country and how government runs here is a reflection on the country’s image.”

BJP has shown in last eight months what it could do in the country in terms of development and governance, he said, adding that now no one talks of scams.

He also hit out at Congress saying, “the dilution and disappearance of the Congress is the political price they are paying because of what they did to the country and Delhi.” He also accused AAP leader Arvind Kejriwal of indulging in “diversionary tactics” over the allegations of dubious donations to his party.

Though the issue of full statehood to Delhi was not part of BJP’s vision document, Jaitley said his party supports the idea. Referring to his party’s chief ministerial candidate, he said Kiran Bedi has been in public life for 40 years and knows the skill of administration.