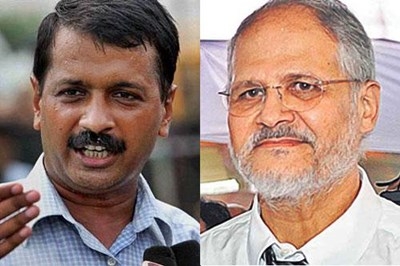 New Delhi : The Delhi High Court will on Friday hear the Aam Aadmi Party (AAP) government’s petition challenging the Ministry of Home Affairs (MHA) notification which grants Lieutenant Governor Najeeb Jung absolute powers in appointing bureaucrats. The Arvind Kejriwal-led Delhi government had also challenged the appointment of Shakuntala Gamlin as the acting Chief Secretary by the Lieutenant Governor. The Ministry of Home Affairs (MHA) notification on May 21 had stated that the Lieutenant Governor has primacy in postings and transfers of officers belonging to Central services. Delhi Chief Minister Arvind Kejriwal had reacted strongly to it, saying that the NDA Government at the Centre was trying to run the national capital through the ‘backdoor’. Kejriwal had also stated that the notification was indicative of the Bharatiya Janata Party’s (BJP) nervousness about the Aam Aadmi Party’s anti-corruption efforts.