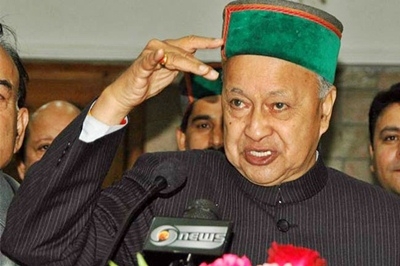 New Delhi: A Delhi court today asked the CBI to file its reply on Himachal Pradesh Chief Minister Virbhadra Singh’s plea seeking copy of the FIR against him and others in an alleged disproportionate assets case, two days after the agency conducted searches at his Delhi and Shimla residences. Special CBI Judge S C Rajan allowed the plea of Singh who sought the court’s permission to inspect the judicial record of the case lodged against him.

“CBI is directed to file its reply on an application moved by Virbhadra Singh seeking a copy of FIR. IO is also directed to be present on the next date of hearing. Put up for hearing on September 30,” the CBI Judge said. During the hearing, CBI’s public prosecutor sought adjournment on the Chief Minister’s plea, saying the concerned Investigating Officer was absent as he was busy with the case.

Advocate Vijay Aggarwal, appearing for Singh, said his client should be supplied with the copy of FIR which was needed to move the Supreme Court. On this, the court asked CBI file its reply and directed the IO to remain present on the next date of hearing. Aggarwal then urged that he be allowed to inspect the judicial records to enable him make a case before the apex court.

The court allowed Singh’s plea after he filed a fresh application regarding inspection of judicial records. CBI had registered a Preliminary Enquiry (PE), which was recently converted into a regular case, against Singh and his family members for allegedly amassing wealth of Rs 6.1 crore, alleging it was disproportionate to their known sources of income during 2009-11 when he was serving as Union Minister of Steel in the UPA government.

The agency had filed the FIR in a designated court here under Prevention of Corruption Act, naming Singh, his wife Pratibha Singh, LIC agent Anand Chauhan and Chunni Lal Chauhan.

CBI has claimed that during this period, Singh, a six-time Chief Minister, invested Rs 6.1 crore in life insurance policies in his and his family members’ names through Chauhan. In an unprecedented action on a serving Chief Minister, CBI had on September 26 searched the official residence of 81-year-old Singh and 10 other places in connection with the case, the day of the marriage of his daughter.

Searches were also carried out at his official residence in Delhi, his two houses in Shimla and Rampur and a farm house in Mehrauli in South Delhi which is in the name of his son Vikramaditya Singh.