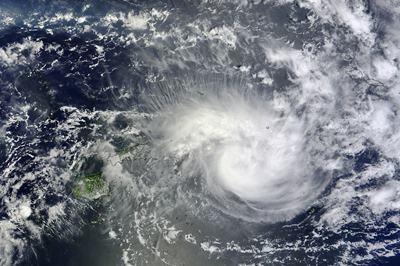 Bhubaneswar: The Odisha government on Thursday directed the administration to stay alert to meet any eventuality with cyclonic storm ‘Roanu’ likely to cross the coastal areas in the next two days.

Taking a review meeting, Chief Minister Naveen Patnaik directed that no government employee will be allowed to take leave on May 20-21 and asked various departments to stay alert.

“The deep depression over the Bay of Bengal has further moved nearly north-northeastwards at a speed of 8 kmph and intensified into a cyclonic storm ‘ROANU’,” said a bulletin of IMD.

Ten teams of the Odisha Disaster Rapid Action Force (ODRAF) and fire services have been kept ready in view of the cyclone. If required, more teams would be deployed, said chief secretary Aditya Prasad Padhi.

The Indian Meteorological Department (IMD) said that the cyclone lay centred over the Bay of Bengal, about 590 km southwest of Gopalpur in Odisha.

Under the impact of the cyclonic storm, thundershowers are likely to occur at most places over south Odisha and at many places over north Odisha.

Fishermen have been advised not to venture into the sea for the next two days.