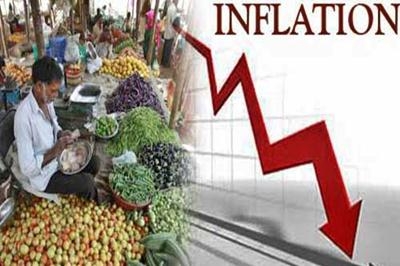 New Delhi: Retail inflation in India is likely to average around 5.6 per cent this year, down from 6.1 per cent in financial year 2014-15, says a DBS report. According to the global financial services firm, inflation has eased significantly over the past year, but a sub-par monsoon and fading base effects from earlier falls in commodity prices would prevent further disinflation.

“Overall, inflation this year is likely to average a benign 5.6 per cent, down from 6.1 per cent in financial year 2014-15, but the trajectory will matter to the RBI,” DBS said in a research note.

As per official figures, retail inflation stood at an 8-month low of 5.4 per cent year-on-year in June compared with 5.01 per cent in May. RBI tracks CPI, or retail inflation, in deciding its monetary policy action.

According to the brokerage firm, the impact of softer commodity prices are likely to fade next quarter. Moreover, threats from short-term risk factors remain. “With the RBI hoping to push inflation expectations towards 5 per cent next year and 4 per cent thereafter, aggressive rate cuts are unlikely,” it added.

After three cuts in seven months, the RBI decided to keep the benchmark lending (repo) rate unchanged at 7.25 per cent as also the cash reserve ratio (CRR) at 4 per cent at its policy review meet on August 4.

Reserve Bank Governor Raghuram Rajan indicated however that he could go for a rate cut soon if macro-economic data is favourable and monsoon turns out to be good.